Understand this about procrastination…

Before we go a step further, let’s define the word…

Procrastination: “Putting off important tasks for a later time, often performing less crucial or mundane tasks in their place.”

We all have been guilty of procrastinating at some point in time.

But for some, it is so prevalent in their lives that it’s literally blocking their way to success.

And for the Part Time Business owner, nothing can be worse than procrastinating your time away!

So what makes most people procrastinate? 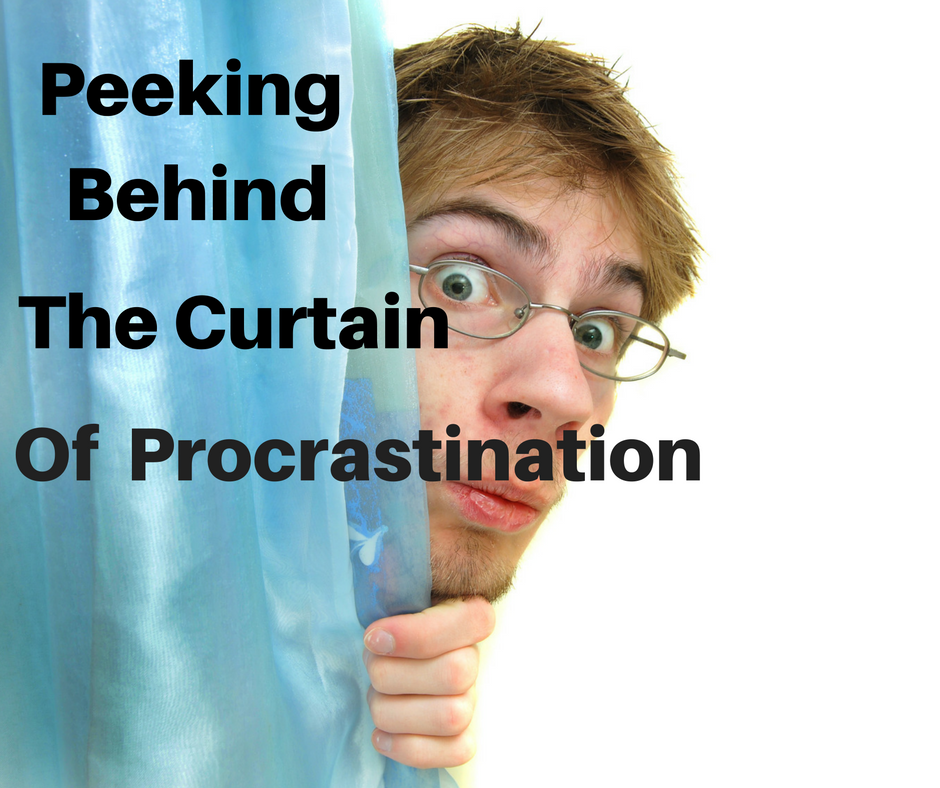 When someone wants to know how to stop procrastinating and take action, I first look at their fears.

Fear is usually behind most forms of procrastination.

Now, I’m not talking about procrastinating about taking out the garbage or cleaning the cat litter box.

These are examples of avoidance, not truly procrastination.

The fact is that FEAR is a driving force behind most procrastination.

When I sat down to write this post, there was an underlying fear that you wouldn’t find the information useful or that I wouldn’t be able to craft the words in such a way that you truly understand the importance of procrastination.

Until the importance of relaying this information to you eventually outweighed the fear.

You fear looking bad in front of your friends or peers so you don’t shoot that video.

You don’t pick up the phone because you fear rejection.

You don’t place those ads because you fear losing money and disappointing your spouse.

Procrastination almost always comes down to some form of fear. 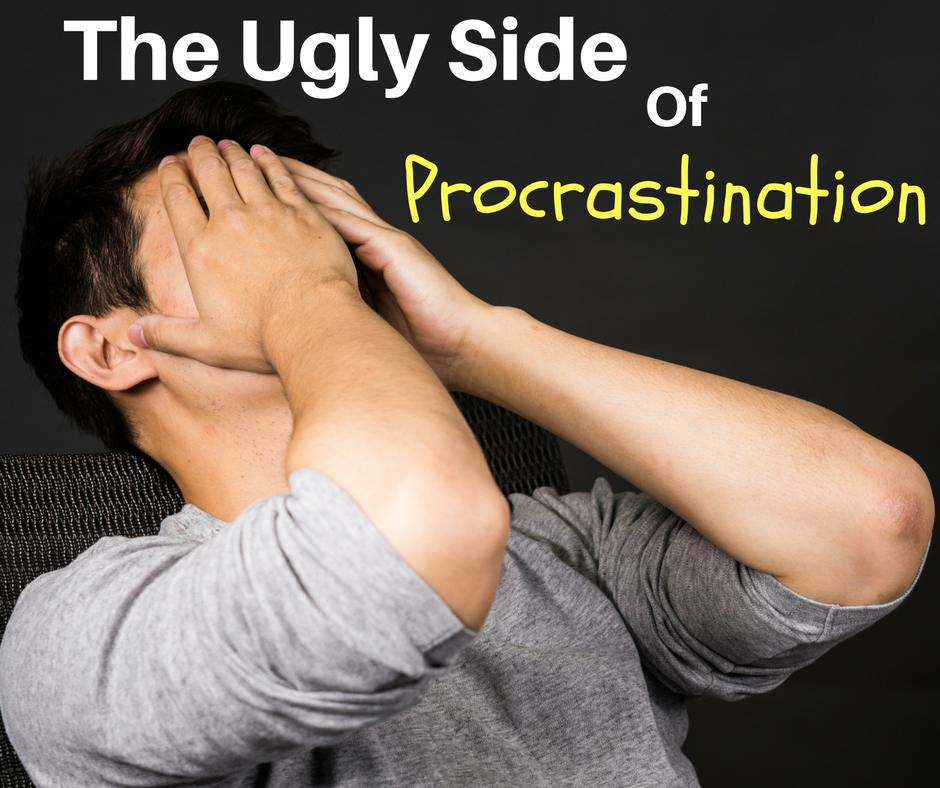 It’s not hard to find the ugly side of procrastination.

Simply reflecting back on your life will bring back not-so-pleasant memories of how procrastination affected you (and your business) in very negative ways.

Too often, we put things off for “later”.

But the reality is…

I’ve known marketers who understand the power of video and truly want to incorporate it into their business.

Yet, they’ve procrastinated for so long that they no longer believe it’s even possible for them to cut a good video.

So they never do it.

The same goes with prospecting by phone.

For some, it’s easy and they enjoy picking up the phone and calling a lead.

For others, they put it off and procrastinate for so long that, when they finally do pick up the phone, it feels like it weighs 1000 pounds!

They’ve convinced themselves that their worst fears will be realized and end up never making those important calls, leaving a ton of money on the table.

Another negative aspect of procrastination — the guilt.

Most of us feel guilty when we procrastinate about something important, so much so that it ruins the present.

We can’t enjoy what happening at the moment because we feel guilty about what we “should” be doing.

Guilt often builds up until our inaction actually can damage our feeling of self worth.

I know of nothing more damaging to a person than feeling unworthy! 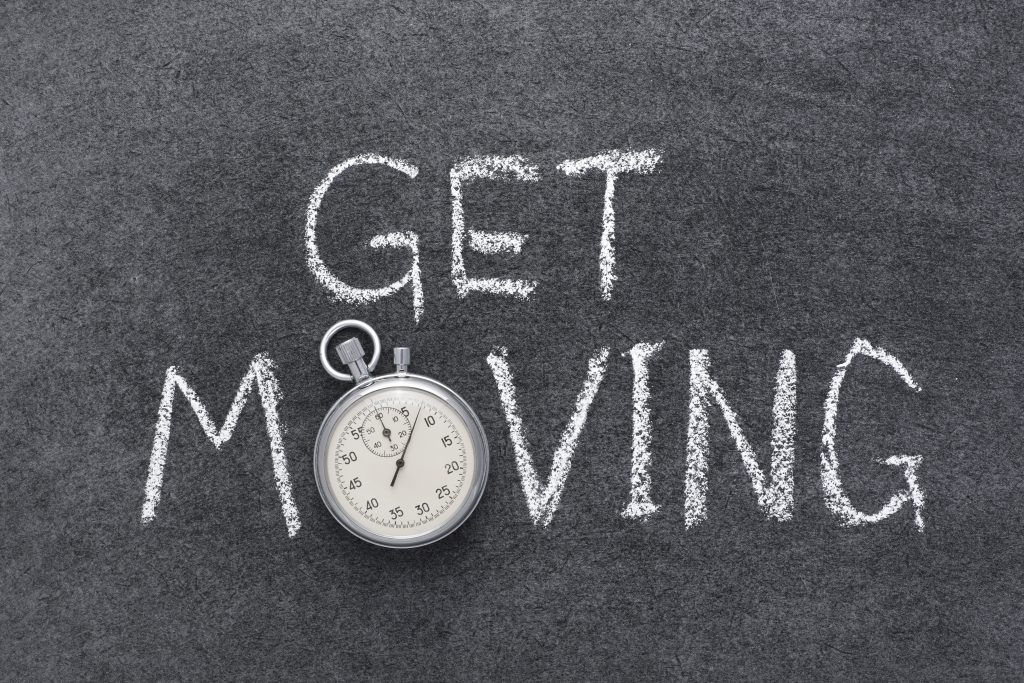 How To Stop Procrastinating And Get Into Action FAST!

As I said, when you find yourself procrastinating about performing a certain task, it’s usually because you’re fearful of something.

Fear of failure, fear of looking bad, fear of rejection, fear of being scammed, even a fear of success can be behind procrastination.

I’ve found it very helpful to ask the following 3 questions when I find myself putting things off:

1. What’s the worst that can happen?
This is such a powerful question and often puts things in their proper perspective!

What’s the worst thing that can happen to you if you DO the thing you’ve been putting off?

If you actually cut a video that makes you look dumb, what’s the worst that can happen?

You can delete it or someone can make a snarky comment. Hardly life threatening!

If you phone your prospect and they call you names and hang up on you, how can this hurt you?

It might ding your ego a bit but you’ll never hear from this person again, right? So who cares?

Unless the answer to this question is something that can cause you or a loved one physical harm or even death, then why not take the plunge and see what happens?

2. What are the ramifications of NOT doing it?
What will happen if you don’t do the video or make the phone call or place the ad? The potential ramifications are plenty.

In business, it all comes down to missing yet another chance of making that connection that might be your next commission or team member.

It might result in you never meeting that leader who can change your business forever.

The more you procrastinate, the more chances you have at missing out.

3. How will it feel if you take action?
This is the opposite to question 2, in that it focuses on the feelings of having worked through the fear and taking action anyway.

If you can actually experience the FEELING of accomplishing your task, it becomes a strong motivator for breaking through procrastination and fear. 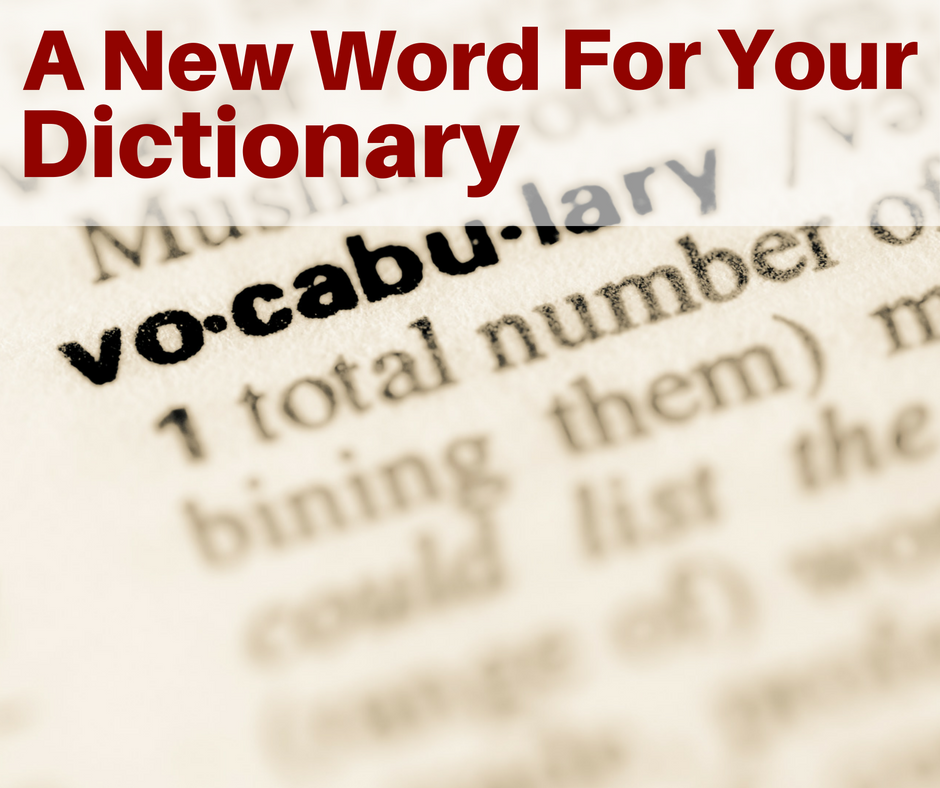 In the end, the only “cure” for procrastination is to TAKE ACTION.

In fact, I’ve coined a new word (at least I believe it’s new) to remind me of this…

I use this word as a reminder that ACTION is the best way to kick procrastination to the curb.

Even the smallest of actions can get you started on your way to completing a task.

It doesn’t have to be the whole ball of wax in one sitting, either.

If you’re short on time and can’t complete the entire project all at once, just do something that sets progress in motion.

Often this is enough to get the ball rolling and rid you of the fear that’s holding you back! 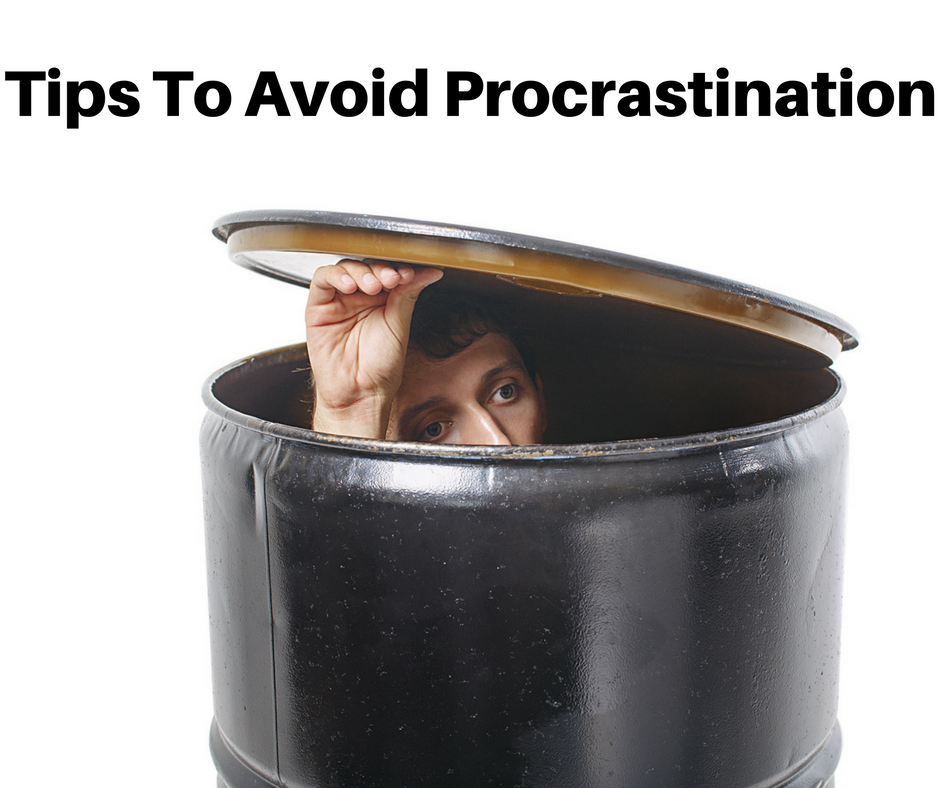 Find a way to keep yourself accountable.

I read this story about Jerry Seinfeld, the comedian.

A beginner once asked Mr. Seinfeld how to become better at writing jokes.

Jerry answered that this only comes with writing every day.

It seems that Mr. Seinfeld actually found a year-long calendar and would put a big red X through that date on the calendar when he sat down and wrote jokes.

If he didn’t write, he didn’t put an X through the day.

Just one look at the calendar made Jerry accountable, both to himself and anyone else who saw it. It’s a powerful tool!

Focus with the beginning in mind.

When you think about an entire project, it can often be a bit overwhelming and may cause you to stop taking any action at all.

It’s best to focus on the beginning — what small task can you do to get started?

Break down projects into small tasks.

This is especially important for Part Timers.

Break down large projects into small pieces, and have available those tasks you can complete in 15-30 minutes.

This way, you can work on a project in the “nooks and crannies” of your day.

In a Nutshell…
The first step at solving procrastination is to recognize when it’s happening.

Become aware of your habits and patterns when you find yourself avoiding a business task.

Try to drill down and uncover the fear behind it.

Ask yourself the 3 questions I discussed above.

Answer those questions honestly and 99 times out of 100, you’ll realize that your fears are unwarranted.

Fear and procrastination can derail your business, if you allow it.

Use the tips and strategies in this article to get yourself in action and take the actions necessary to build that business of your dreams!

Try out these related posts:

Overcoming Procrastination:  A Must For Part Time Marketers

Overcoming Procrastination and the War of Art

Straight Talk on Fear and Procrastination

What's your experience with procrastination?

Got any other tips that will  help everyone?

And please… if you think this post will help others you know, SHARE in your social circles. 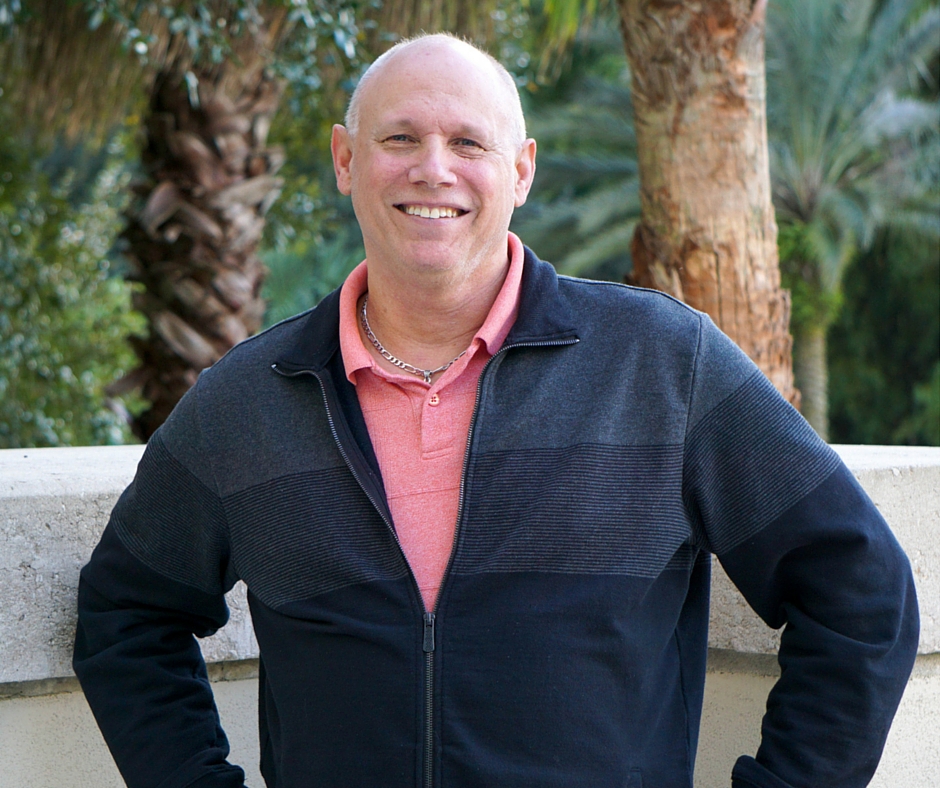 P.S. If you continue to struggle in your business and you just can't get results in the limited time you have, this free resource will almost certainly help

The Fear of Failure and Why You MUST Conquer It 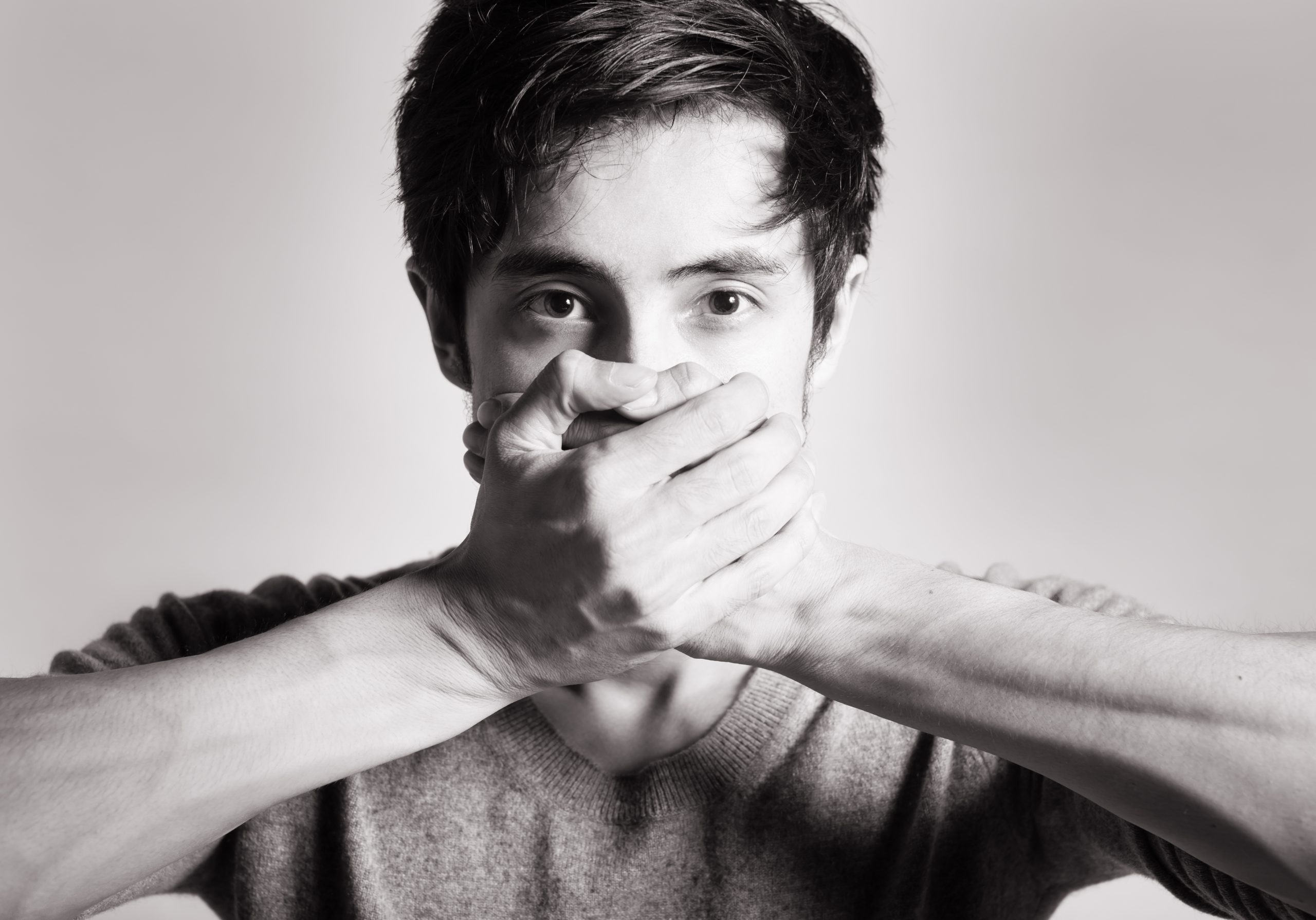 The Fear of Failure and Why You MUST Conquer It

Overcoming Procrastination And The War Of Art 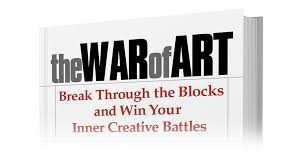 Overcoming Procrastination And The War Of Art

Overcoming Procrastination: A Must For Part Time Marketers! 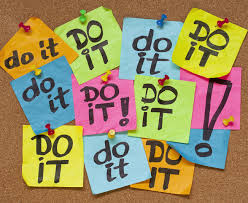 Overcoming Procrastination: A Must For Part Time Marketers!

How To Get Over The Fear of Writing Guest Posts 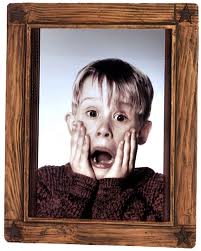 How To Get Over The Fear of Writing Guest Posts

3 replies to "How To Stop Procrastinating And Get Into Action FAST!"